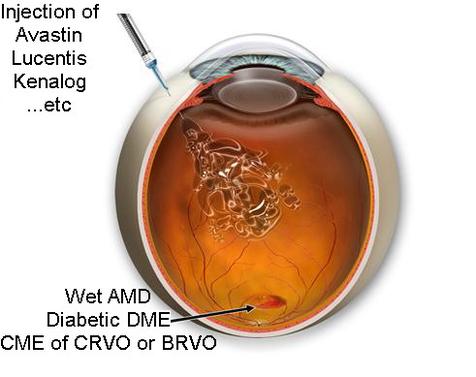 After your pupil is dilated and your eye is numbed with anesthesia, the medication is injected into the vitreous, or jelly-like substance in the back chamber of the eye. The medication reduces the swelling, leakage, and growth of unwanted blood vessel growth in the retina, and may improve how well you see.

Medication treatments may be given once or as a series of injections at regular intervals, usually around every four to six weeks or as determined by your doctor.

The value of safety 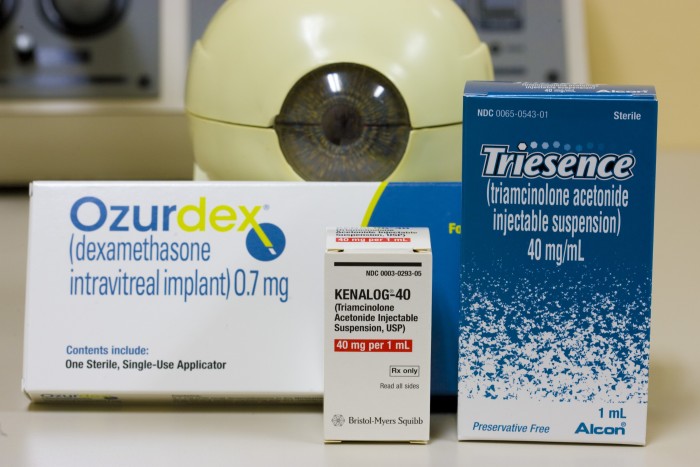 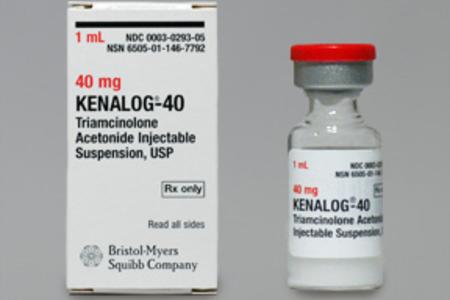 The efficacy of Kenalog on vascular permeability and new vessel growth may involve multiple mechanisms, including reduced tight junction permeability and downregulation of the effects of vascular endothelial growth factor.

At PVSC, We use the TRIESENCE® (triamcinolone acetonide) Injectable Suspension 40 mg/mL. It is made for the eye, which decreases the chances of side effects, like inflammation.

Any intraocular injection carries the risk of vision loss from infection, retinal detachment or hemorrhage. Potential risks of intravitreal Kenalog injections include the following:

A number of researchers have noted Kenalog-induced increases in IOP, with the reported incidence as high as 50 percent.7 Fortunately, when this occurs, one topical glaucoma drop alone is adequate for the management in most cases. Patients with a history of glaucoma are at higher risk due to the higher incidence of “steroid responders” in this patient population. Approximately 1 percent of patients with a pressure rise can develop intractable glaucoma requiring trabeculectomy or a glaucoma drainage device, particularly in cases of central retinal vein occlusion. We avoid injecting steroids in those patients who are already on two or more glaucoma drops.

Cataracts may occur from direct contact with the lens either during the intravitreal injection or during an anterior chamber paracentesis performed for elevated IOP. We have not personally observed this complication, but it is possible. More commonly, progressive or new posterior subcapsular cataract is observed following Kenalog injections due to the glucocorticoid effects of the drug itself. It is thought that multiple Kenalog injections are required for the development or progression of cataract but a single injection in susceptible patients may increase or cause cataract. Since cataract surgery may be required to rehabilitate vision, it should be kept in mind that inflammation related to the surgery may aggravate retinal edema and vasoproliferation.

We have had a few cases of vitreous hemorrhage following Kenalog injections. In each instance, the patient was on anticoagulant therapy; the most severe cases were associated with the use of clopidogrel bisulfate (Plavix). Vitrectomy was required in some cases to clear the persistent hemorrhage, which was dense enough to cause count fingers or hand motion vision. Patients taking warfarin seem less prone to hemorrhage, although a randomized study of sufficient size would be required to assess the risk of anticoagulant therapy. 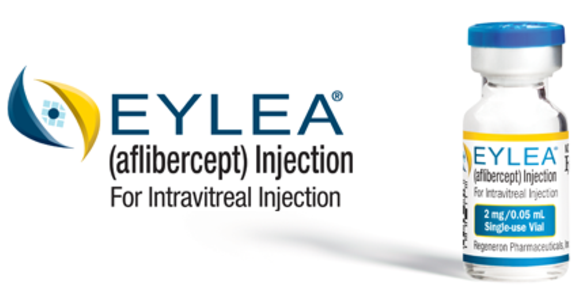 JETREA® (ocriplasmin) Intravitreal Injection, 2.5 mg/mL, is a proteolytic enzyme indicated for the treatment of symptomatic vitreomacular adhesion. The FIRST and ONLY FDA-approved medicine for symptomatic Vitreomacular Adhesion (VMA).

Videos For Different Indications For Injections